TRIP has released key transportation facts on California infrastructure, noting that driving on insufficient roadways costs residents a total of $61 billion each year. In the report, it has calculated the cost to the average motorist in the state’s largest urban areas in the form of additional vehicle operating costs (VOC).

TRIP has also provided statistics on state safety and traffic, along with an overview of additional structure condition (bridges, roads, etc.)

These costs generally occur as a result of driving on rough roads, cost of wasted time and fuel due to congestion, and cost of crashes. Los Angeles saw the highest total costs at $2,995 per year, with Riverside-San Bernardino following a close second at $2,675 per year. This totals to $61 billion per year.

Inadequate state and local funding put 68 percent of major roads and highways in California in poor or mediocre condition, costing the average state driver an extra $843 annually in additional vehicle operating costs. This totaled to $22.1 billion statewide. San Francisco-Oakland saw the highest poor percentage out of all urban areas, with 77 percent of the area’s roads being deemed in “poor” condition. 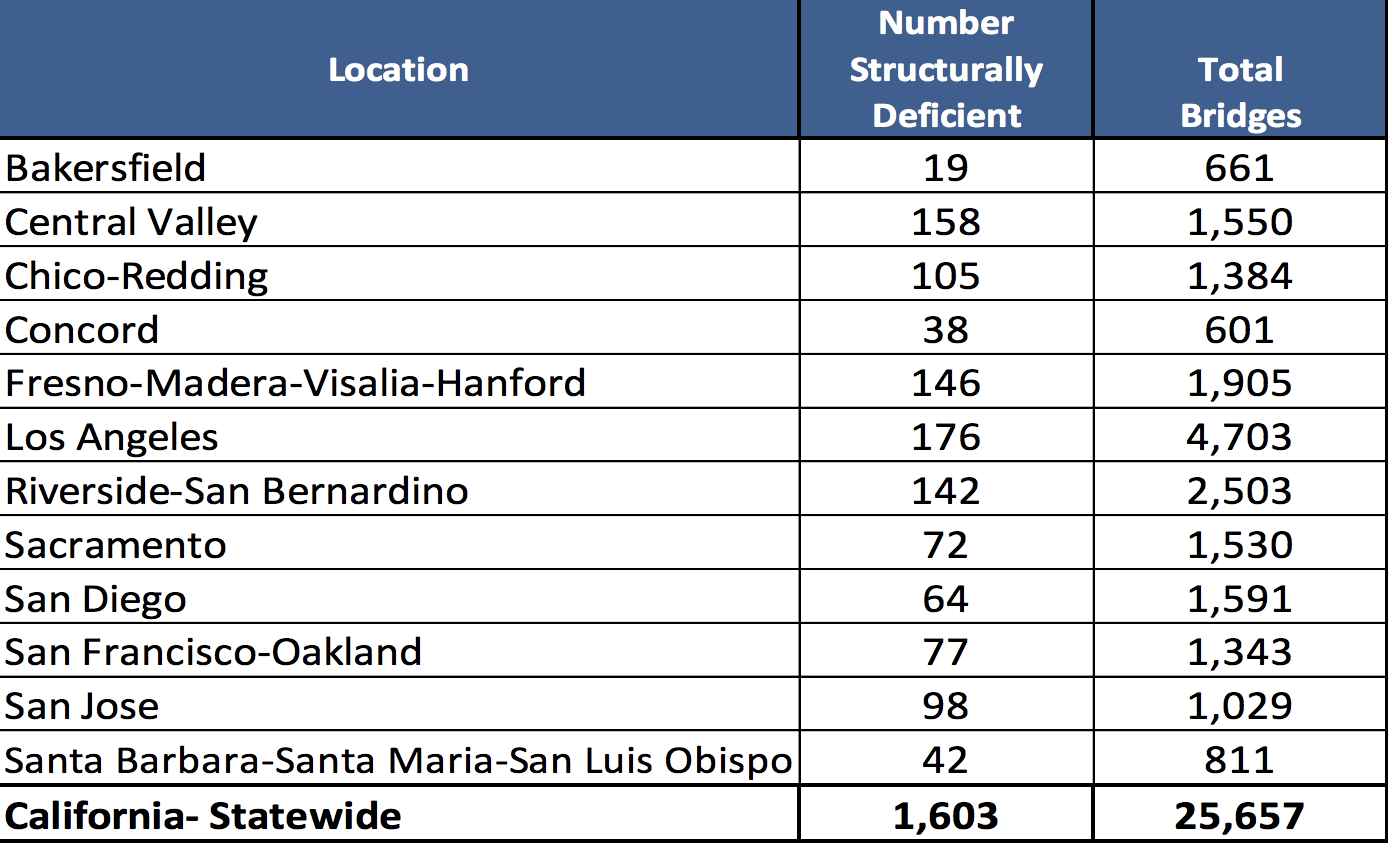 California Roads are increasingly congested, costing drivers $29.1 billion each year in the form of lost time and wasted fuel. Drivers lose up to $1,774 and spend nearly three and a half full days each year in congestion. 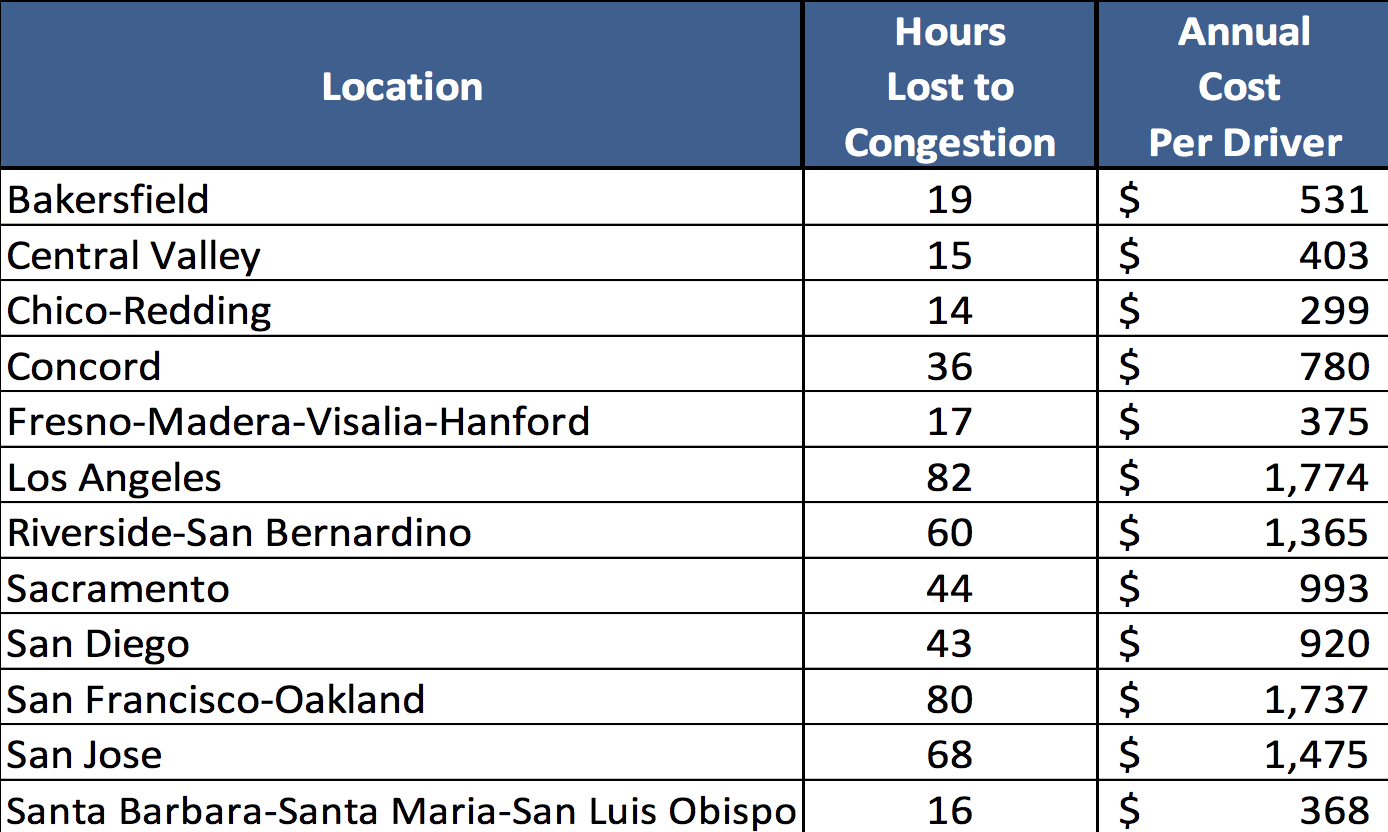 Over the last five years, 15,730 people were killed in California traffic crashes. In 2016, crashes imposed a total of $29.4 billion in economic costs. In Chico-Redding, the highest location for crash costs, the average amount costed $743,000. 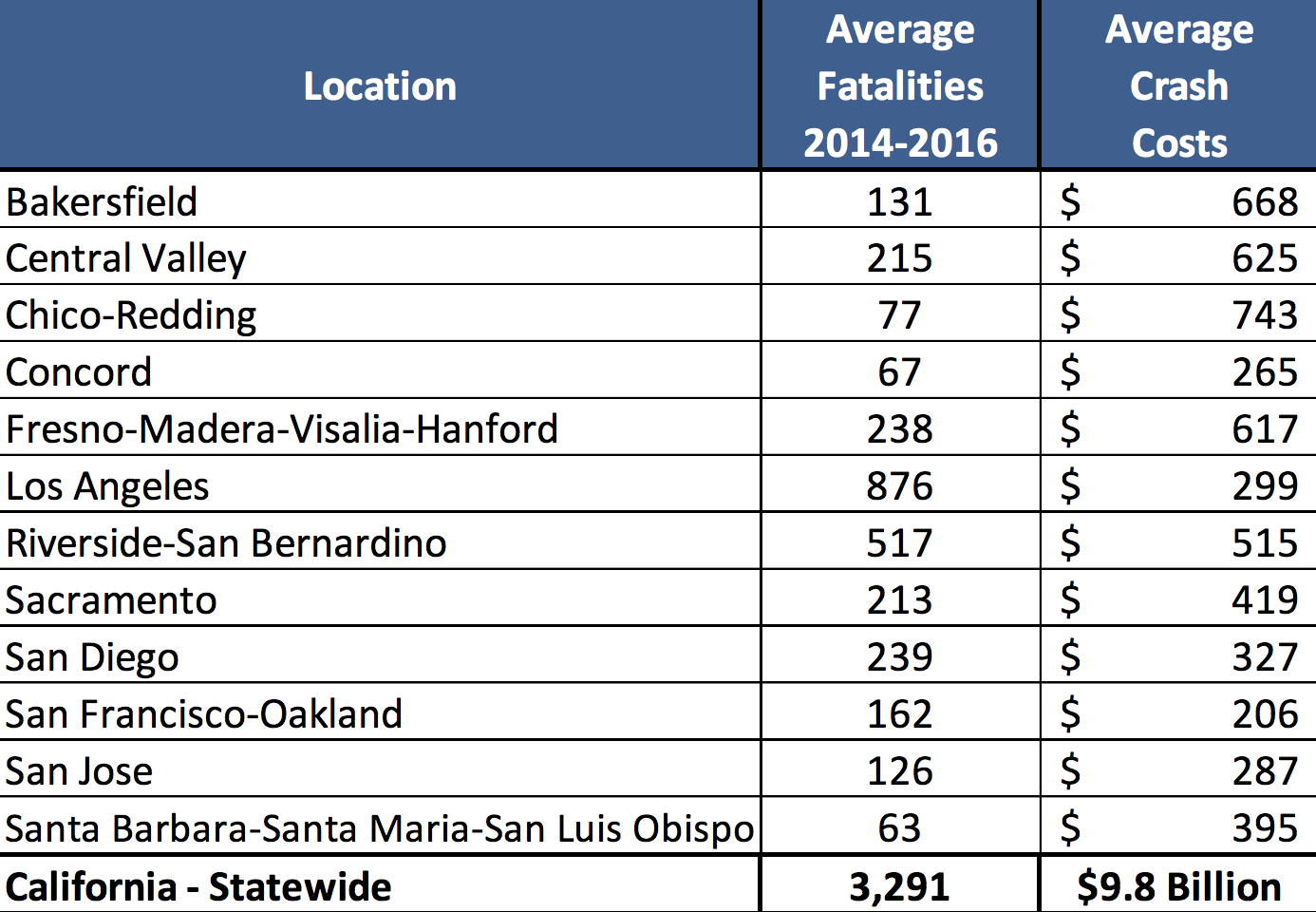 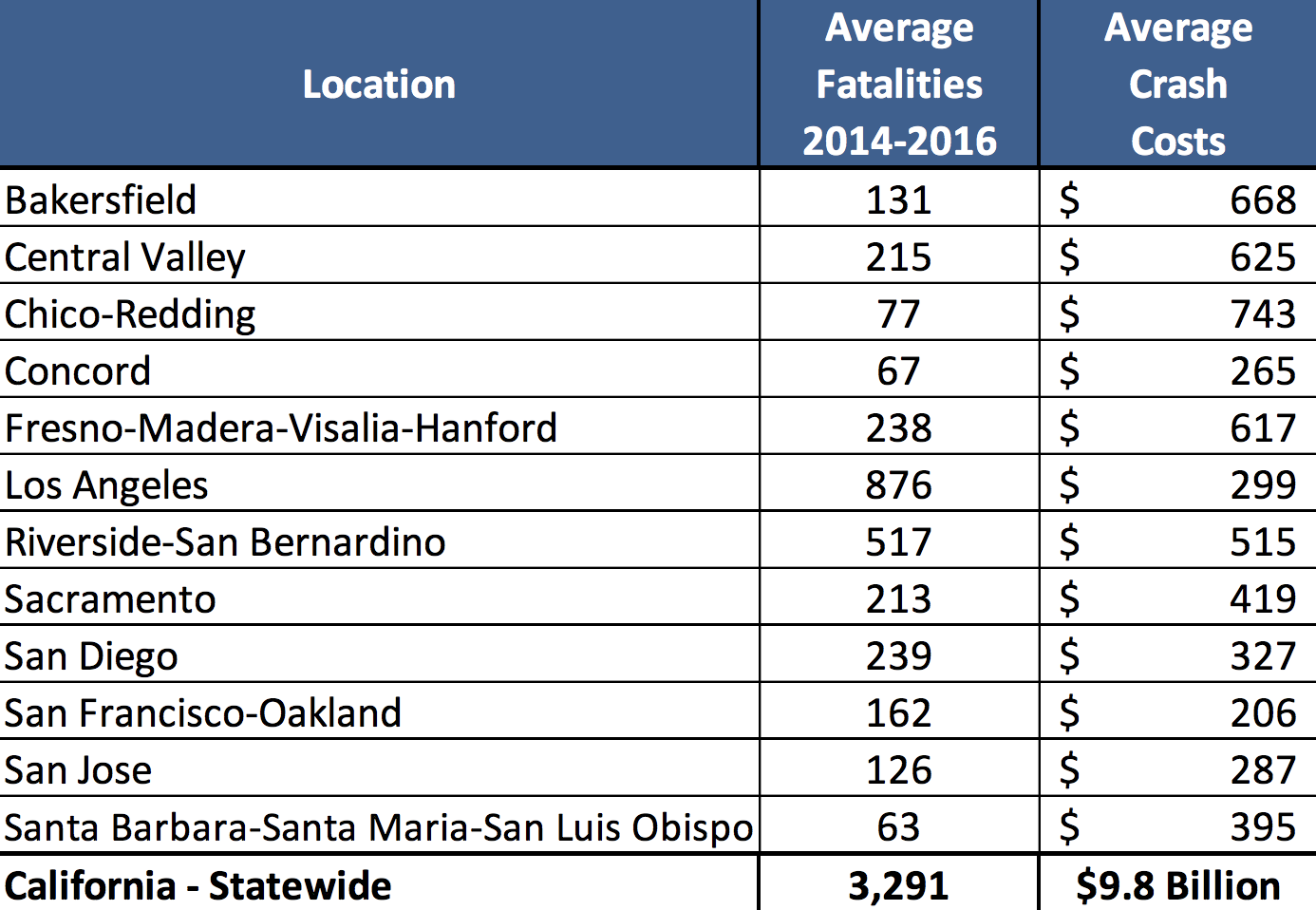 The health and future of the state’s economy depends on its transportation system. However, increases in passenger and freight movement will place an additional burden on this problem.

Approximately 7.1 million full-time jobs in California in key industries like tourism, retail sales, agriculture and manufacturing are dependent on state’s transportation network. The design, construction and maintenance of transportation infrastructure in California play a critical role in the state’s economy.

California’s Road Repair and Accountability Act (SB 1) will increase the state’s gasoline and diesel taxes, placing a transportation investment fee on vehicles and initiating an annual fee on zero emission vehicles. This would increase state revenues by $5.2 billion over the next decade. In November, Californians could vote to repeal SB 1.

Today’s culture demands an area have well-maintained and efficient roads. Investment in California’s infrastructure is funded by local, state, and federal governments. A lack of sufficient funding at all levels will make it difficult to improve and maintain the state’s transportation system.

The approval of SB 1 in 2017 has allowed the state to increase its annual investment in roads, bridges, highways, transit systems, bike paths, and pedestrian facilities by $5.2 billion annually. Maintaining this funding is critical in improving infrastructure conditions.